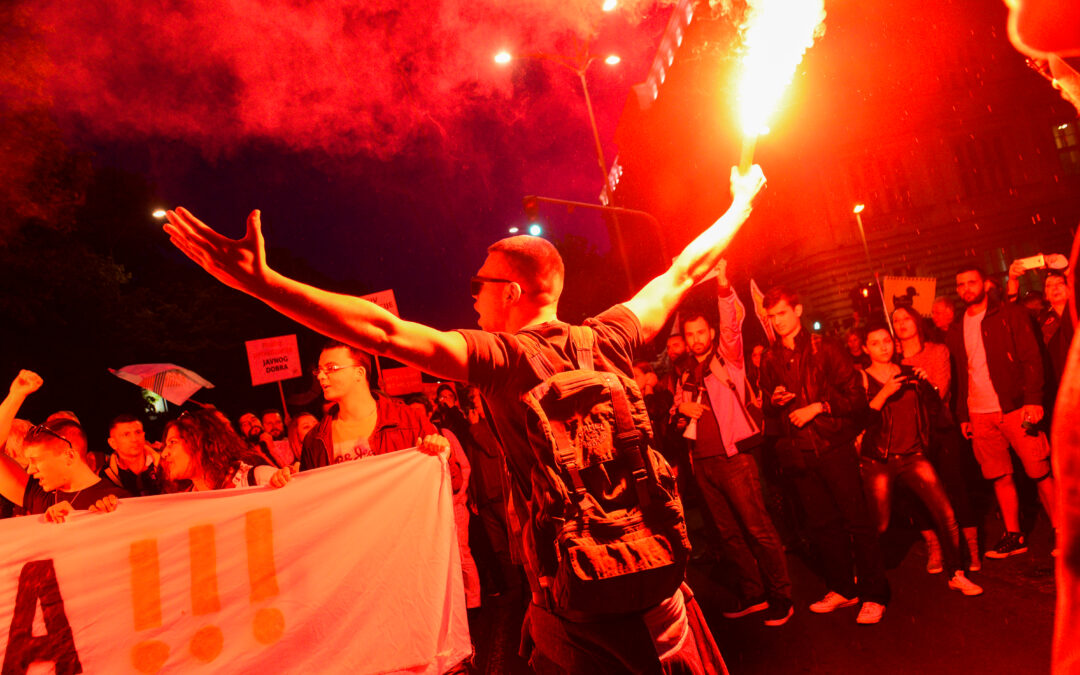 By
JOVANA GEC and DUSAN STOJANOVIC

BELGRADE, Serbia — Serbian police detained 71 people after clashes during the fourth night of anti-government protests against the Serbian president that were initially sparked by his plans to reintroduce a coronavirus lockdown.

Fourteen policemen were injured in the rioting Friday evening when hundreds of right-wing demonstrators tried to storm the parliament building in downtown Belgrade, police director Vladimir Rebic said Saturday. Many demonstrators and several reporters were also injured in the protests.

Hundreds gathered on Saturday for another night of protests when no incidents were reported.