Born at a rally at High Noon on September 20, 2015 at the four corners of Freedom in historic Kingston, NY, Occupy Peace began. 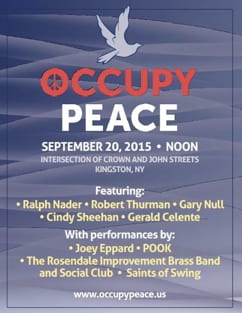 It is designed to stir grassroots initiatives across the country to demand peace by holding elected officials accountable for senselessly prompting war to build other nations and regime change while, at every turn, stripping We The People of our rights at home – invading our privacy, limiting our right to free speech, and subjecting us to military tactics imposed by our local police department.

The Trends Research Institute has, for more than a decade, carefully tracked the endless march to war championed by politicians, retired generals, military strategists, intelligence officials and know-nothing media elites. Without exception, the senseless slaughter of millions of innocent civilians and the destruction of their nations by the US and its Coalition of the Willing have created the conditions for the madness and hatred that now prevails.

We are living in the new age of endless war, endless suffering and endless spending – all in the service of destruction. The War on Terror — started with words howled by former President George W. Bush, “you are either with us, or you are against us” — empowered reflexive, thoughtless violence abroad, and ever increasingly at home as well.

Under the guise of protecting our freedoms, we have been robbed of our basic rights. The military mindset is so pervasive that war is triggered without vote, without meaningful dialogue and certainly without the support of common citizens. 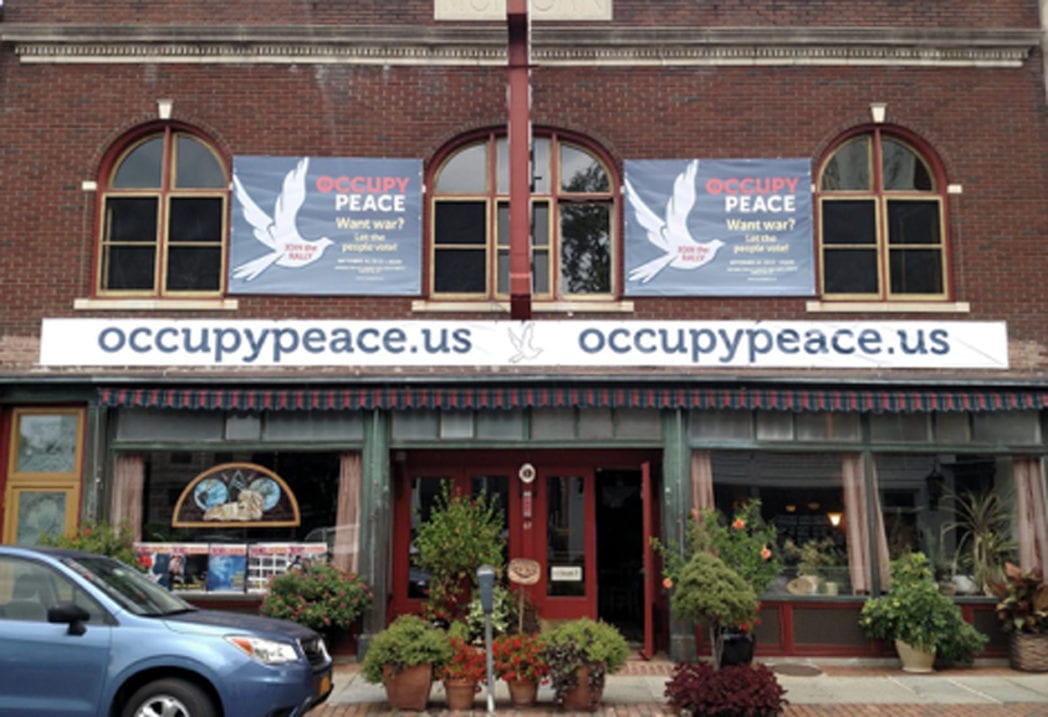 The military mindset is so pervasive that our local police departments are equipped with armored vehicles, high-powered weapons and a soldier mentality more suited to troops policing an occupied land in a foreign country. Yes, that military mindset is so pervasive, our every move is easily tracked, misinterpreted and potentially turned against us.

Think about it. Besides railing against these injustices on social media or to our friends, where is the unified movement, with a plan for peace, we all can turn to?

Listen to your leaders and would-be leaders. Who’s talking peace? Who’s talking about ending violence abroad and at home? Who in power and or vying for power has a plan for peace?

You know the answer: No one!

OCCUPY PEACE will keep you informed about the wars and conflicts we are involved in, the cost of the wars in lives and money, peace initiatives and how they work and what actions you can take to end war and bring peace to the planet.

Peace needs a platform. Peace needs leadership that rises from the heart of the country and not the political, governmental and industrial power structures that repeatedly have led this country down the road of destruction. 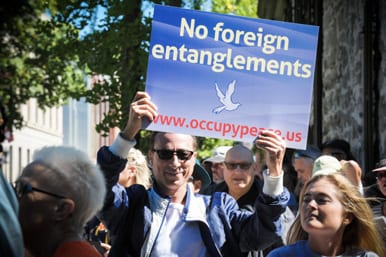 Despite the lives lost and trillions of dollars already wasted, the debate in America is not about the wisdom of starting yet another war doomed to failure. It’s about whether the killing fields are wide enough and the killing power adequate. 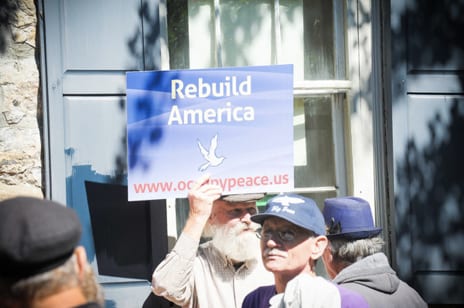 The notion of first rebuilding America stands no chance when constant talk of war consumes our political and popular mindset, and meaningful dialogue about peace does not exist. Talking about peace, demanding peace, is patriotic.

OCCUPY PEACE is a platform for peace. The Trends Research Institute is working with inspiring and peace-minded writers, historians and other experts. We’ll create a program that provides the tools to make peace a driving force in the halls of government and in the living rooms of Americans fed up with politicians, fed up with so-called military experts and fed up with a complacent media who all make going to war too easy.

OCCUPY PEACE will keep you informed about the wars and conflicts we are involved in, the cost of the wars in lives and money, peace initiatives and how they are working and what actions you can take to end war to bring peace to the planet.

Become a part of this evolutionary movement. Join OCCUPY PEACE 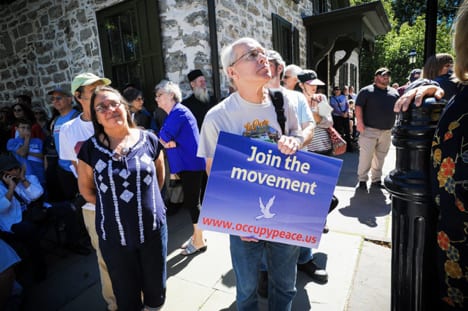