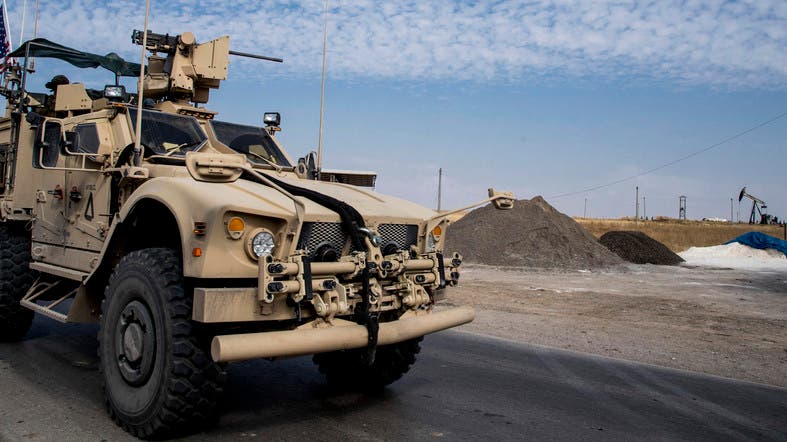 The Pentagon wasn’t bluffing, apparently, on its prior statements that mechanized units would be heading into Syria as part of Trump’s “secure the oil” plan.

This as there continues to be reports of ‘mission confusion’ on the ground, given the scope of just what is to be secured on the ground is still in question — and though at first it was chiefly said to be ISIS the troops would be protecting the oil fields from, the latest Pentagon statements have named pro-Assad forces as well.

One Pentagon official was pressed during a briefing last Thursday over how a country’s sovereign resources could be legally stripped away on its own soil, to which a US commander responded: “U.S. troops have the… authorization to shoot if a representative of the Syrian government comes to the.. oil fields and says, ‘I am here to take property of these oil fields.’”

Navy Rear Admiral William D. Byrne Jr. continued by saying “our commanders always retain the right and the obligation of self-defense when faced with a hostile act or demonstrated hostile intent.”

However, another Department of Defense spokesman still acknowledged that, “the government of Syria is still, based on international law… [the] recognized legitimate government.”

But the statement added that, “Everyone in the region knows where American forces are. We’re very clear with anyone in the region in working to deconflict where our forces are. If anyone — we work to ensure that… no one approaches or has — shows hostile intent to our forces, and if they do, our commanders maintain the right of self-defense.”

Given that US forces haven’t been shy in allowing local reporters to film their convoys and operations up close, the simple ‘show of force’ appears central to the mission itself, which could for now be aimed at both keeping Turkish forces at a distance, as well as signalling the Syrian Army and Russian forces that the US is not exiting.