The Forgotten War in Yemen aimed at the the Houthi. 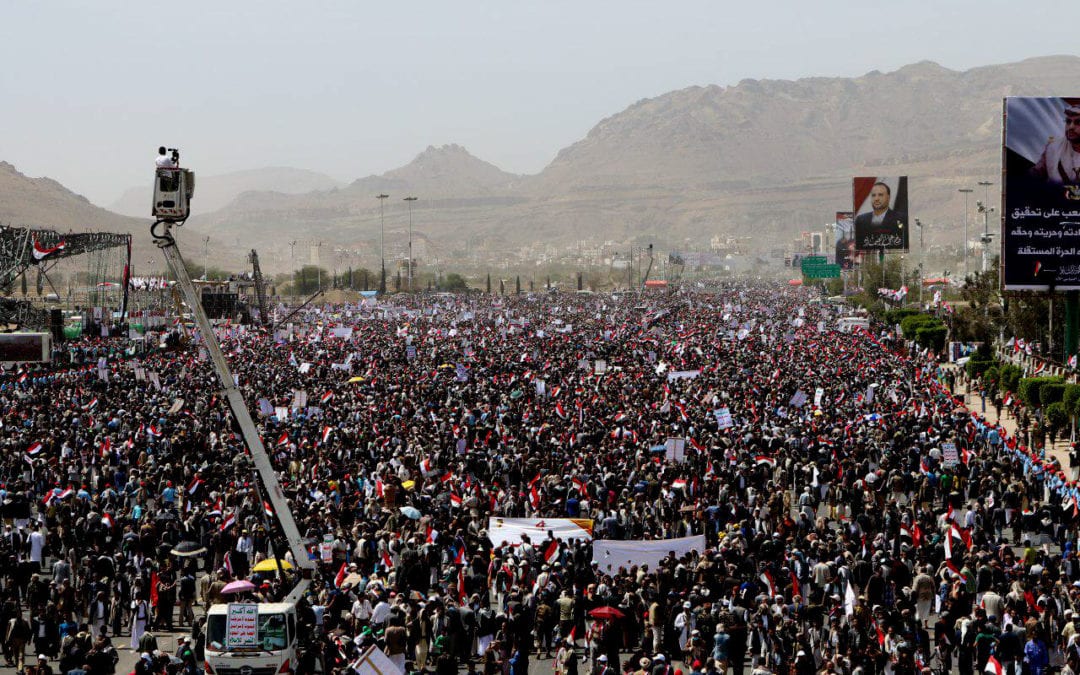 Anti-Saudi rallies were held this week to commemorate the fourth anniversary of the U.S. supported Saudi-led war that began during the Obama adminstration.

Secretary of State Mike Pompeo released a statement last Thursday in which he said the Houthis could not win in Yemen and that they are operating at the behest of Iran.

Mohammed Ali al Houthi, a member of the Supreme Political Council, resoundingly rejected these claims and promised, “Yemenis will continue fighting to the end and [we] will never give in. We will finally defeat the enemy.” He further condemned U.S. President Donald Trump’s decision on Monday to formally recognize Syria’s occupied Golan Heights as “Israeli territory.”

Is it any wonder that the U.S. is hated in this situation which has created the world’s worst humanitarian crisis. Millions are suffering because of this war with hundreds of thousands dying. Check out the story below.