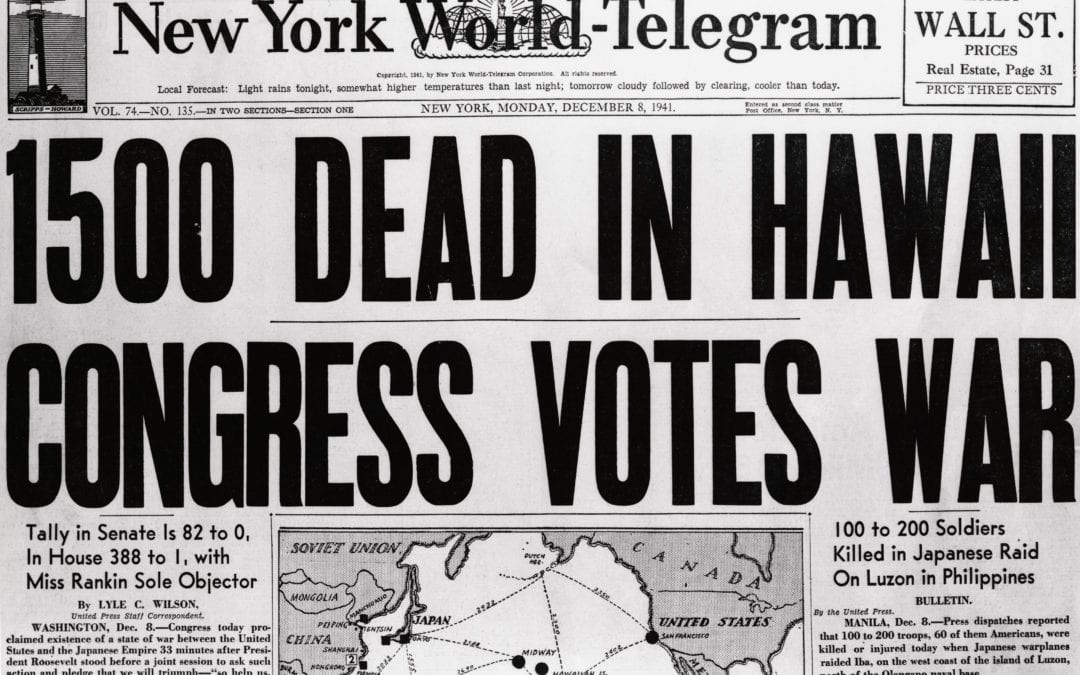 On Sunday morning, December 7, 1941, the Japanese launched a sneak attack at Pearl Harbor that decimated the US Pacific Fleet and forced the United States to enter WWII. That’s what most of us were taught as school children… But, except for the date, everything you just read is a myth. In reality, there was no sneak attack. The Pacific Fleet was far from destroyed. And, furthermore, the United States took great pains to bring about the assault. On January 27, 1941, Joseph C. Grew, the U.S. ambassador to Japan, wired Washington that he’d learned of the surprise attack Japan was preparing for Pearl Harbor. On September 24, a dispatch from Japanese naval intelligence to Japan’s consul general in Honolulu was deciphered. The transmission was a request for a grid of exact locations of ships in Pearl Harbor. Surprisingly, Washington chose not to share this information with the officers at Pearl Harbor. Then, on November 26, the main body of the Japanese strike force (consisting of six aircraft carriers, two battleships, three cruisers, nine destroyers, eight tankers, 23 fleet submarines, and five midget submarines) departed Japan for Hawaii. Despite the myth that the strike force maintained strict radio silence, US Naval intelligence intercepted and translated many dispatches. And, there was no shortage of dispatches: Tokyo sent over 1000 transmissions to the attack fleet before it reached Hawaii. Some of these dispatches, in particular this message from Admiral Yamamoto, left no doubt that Pearl Harbor was the target of a Japanese attack: “The task force, keeping its movement strictly secret and maintaining close guard against submarines and aircraft, shall advance into Hawaiian waters, and upon the very opening of hostilities shall attack the main force of the United States fleet and deal it a mortal blow. The first air raid is planned for the dawn of x-day. Exact date to be given by later order.” Even on the night before the attack, US intelligence decoded a message pointing to Sunday morning as a deadline for some kind of Japanese action. The message was delivered to the Washington high command more than four hours before the attack on Pearl Harbor. But, as many messages before, it was withheld from the Pearl Harbor commanders. Although many ships were damaged at Pearl Harbor, they were all old and slow. 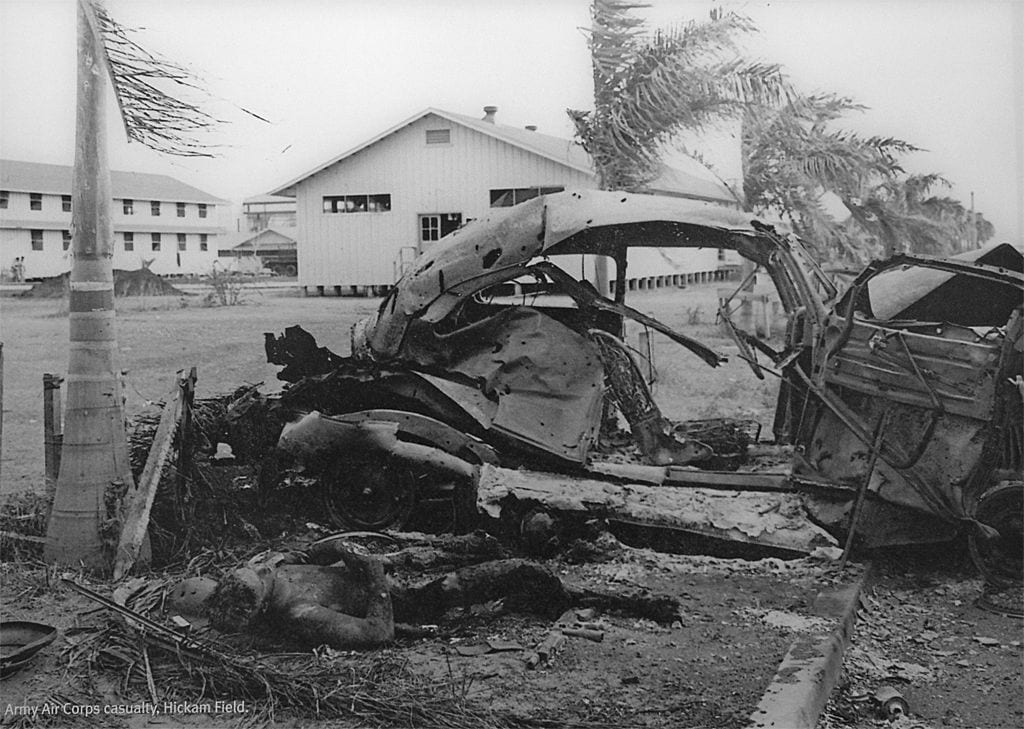 The main targets of the Japanese attack fleet were the Pacific Fleet’s aircraft carriers, but Roosevelt made sure these were safe from the attack: in November, at about the same time as the Japanese attack fleet left Japan, Roosevelt sent the Lexington and Enterprise out to sea. Meanwhile, the Saratoga was in San Diego. Why did Pearl Harbor happen? Roosevelt wanted a piece of the war pie. Having failed to bait Hitler by giving $50.1 billion in war supplies to Britain, the Soviet Union, France and China as part of the Lend Lease program, Roosevelt switched focus to Japan. Because Japan had signed a mutual defense pact with Germany and Italy, Roosevelt knew war with Japan was a legitimate back door to joining the war in Europe. On October 7, 1940, one of Roosevelt’s military advisors, Lieutenant Commander Arthur McCollum, wrote a memo detailing an 8-step plan that would provoke Japan into attacking the United States. Over the next year, Roosevelt implemented all eight of the recommended actions. In the summer of 1941, the US joined England in an oil embargo against Japan. Japan needed oil for its war with China, and had no remaining option but to invade the East Indies and Southeast Asia to get new resources. And that required getting rid of the US Pacific Fleet first. Although Roosevelt may have got more than he bargained for, he clearly let the attack on Pearl Harbor happen, and even helped Japan by making sure their attack was a surprise. He did this by withholding information from Pearl Harbor’s commanders and even by ensuring the attack force wasn’t accidentally discovered by commercial shipping traffic. As Rear Admiral Richmond K. Turner stated in 1941: “We were prepared to divert traffic when we believed war was imminent. We sent the traffic down via the Torres Strait, so that the track of the Japanese task force would be clear of any traffic.” 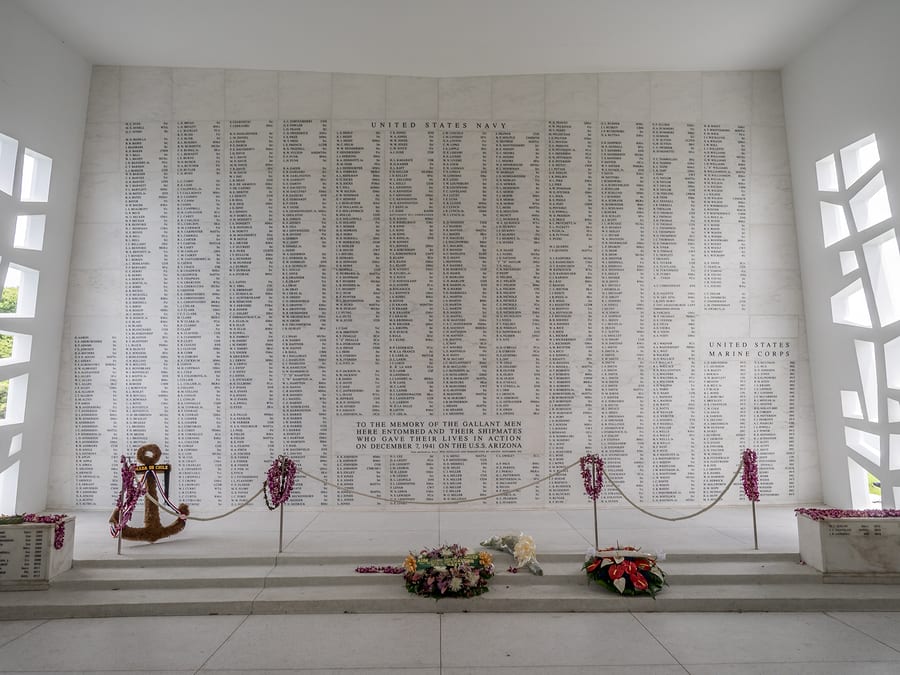 OAHU, HI – AUG 5, 2016: The USS Arizona Memorial on August 5, 2016 in Pearl Harbor, USA. Memorial marks resting place of sailors and Marines who died when the USS Arizona was sunk by Japan.