Online Voting Revolution Coming to 2020 for Democrats—Starting in Iowa, Biggest Changes to Nomination Process in 50 Years 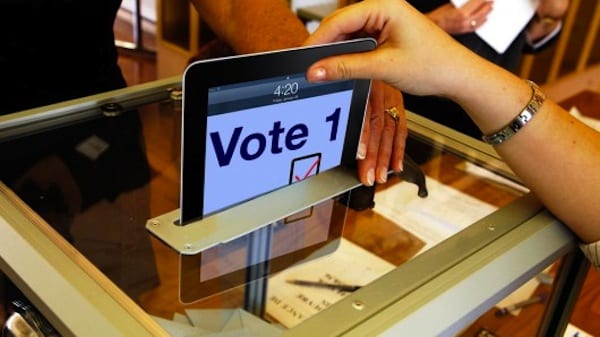 Iowa’s Democratic Party is leaning toward offering party members the option of participating in their 2020 presidential caucuses via internet and telephone balloting. However, recent experiences of Republican state parties elsewhere with online voting suggest that Iowa faces formidable challenges to make this work in 2020.

By mid-February, the Iowa party is expected to issue its blueprint to allow registered Democrats who are not physically present at the state’s 1,679 caucus sites to remotely participate. That plan, which will be used to seek bids from voting technology firms to create and implement, comes in response to the Democratic National Committee’s 2020 Delegate Selection Rules. (Unlike primaries, which are run by the government, party caucuses are privately managed affairs—hence the reliance on contractors.)

Iowa’s party has been looking at three broad options: using a mix of online- and telephone-based voting; mail-in ballots; and a proxy system where a person who is physically present can take pledges from others and caucus on their behalf. The party’s executive director, Kevin Geiken, has that said he favors the first approach, what he’s loosely called “tele-caucusing.” However, the party’s executives have yet to formally decide what path to pursue. Still, online and telephone voting has the inside track for one reason: it offers the closest approximation to in-person caucusing.