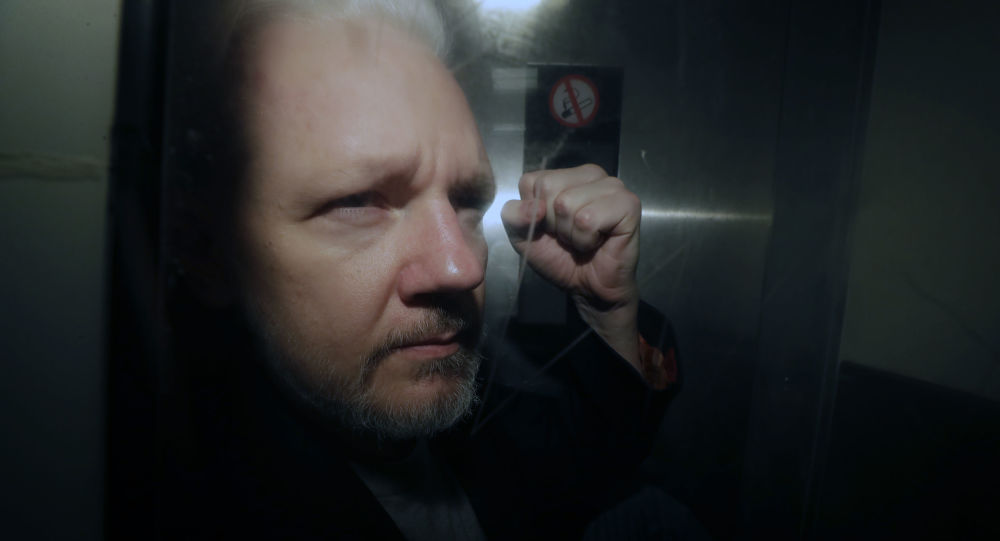 Detained in a high-security prison, WikiLeaks founder Julian Assange risks being extradited to the United States where he faces jail for disclosure of state secrets. Meanwhile, concerns about his health are mounting.

Sputnik spoke to Aymeric Monville, a member of WikiJustice, to find out about Julian Assange’s incarceration conditions.

Sputnik: What can you tell us about Julian Assange’s health?

Aymeric Monville: According to his lawyer, Jennifer Robinson, since June 14, Julian Assange has been in Belmarsh prison, which has a medical wing. Curiously, no attempts have been made to get Julian out of prison for health reasons, a measure that the Chilean dictator Augusto Pinochet enjoyed in the United Kingdom. Nils Melzer, UN rapporteur on torture, said in May that Julian Assange’s state of health was absolutely deplorable, that he had been the victim of psychological torture, and that he was likely to die in prison.

Sputnik: Two new witnesses have recently been questioned in Sweden. Julian Assange is charged with a rape allegedly committed in 2010. What’s new in the investigation?

Aymeric Monville: He had been criticised for not using a condom during a sexual relationship, which, according to Julian Assange, was by mutual agreement. At first, prosecutor Eva Finné had closed the case. Then it was reopened without adding any new documents, which is totally illegal. Then it was closed again and opened for the third time at the request of a Swedish lawyer named Claes Borgström. This individual is a partner at the same law firm as Thomas Bodström, former Swedish Minister of Justice involved in one of the worst stories of extradition to secret CIA prisons; he was involved in the cases of Agiza and al-Zreri.

Since 2010, Le Canard Enchaîné has described this process as “insidious old-fashioned machinations” of the special services. According to Granma, the official newspaper of the Cuban Communist Party, one of the plaintiffs is part of the National Endowment for Democracy (NED), an American organisation jointly founded by the Democratic and Republican parties.

This whole Swedish case is extremely suspicious. Just after he had published the famous ‘Collateral Murders’ video, one of the most important proofs of what US imperialism is in Iraq, Julian Assange went to Sweden where he fell into a trap.

Sputnik: Julian Assange’s prison term for “escaping justice” expired on 22 September, but a British judge has decided to keep him in custody. What are the reasons for that?

Aymeric Monville: He should have been released. But they keep him in custody to extradite him to the United States. What both the media and the lawyers don’t comment enough is the fact that Julian Assange can be sent to the United States at any time. Especially before Brexit, this can be done in accordance with European legislation providing for extradition.

Sputnik: What are the deadlines for Julian Assange?

Aymeric Monville: On 11 and 21 October, there will be two very important hearings, preparatory and administrative. We have had confirmation from Polish extradition specialists that these hearings will be aimed at preparing for the extradition of Julian Assange to the United States. That’s why it’s essential to get involved, including by going to court because these hearings will be open to the public.

Sputnik: So, you’re calling on Yellow Vests to cross the Channel and support the founder of Wikileaks…

Aymeric Monville: The WikiJustice movement, which I represent, was born in the wake of the Yellow Vests movement, many participants of which want justice for Julian Assange. This case concerns everyone. Julian’s rights are totally violated; his detention is illegal since he is innocent of any crime. We need a popular intervention. The Yellow Vests movement rests a little on the principles of 1789. Let me recall the declaration of human rights and the principle of sovereignty which is essentially based on the nation. It is this nation, hating tyranny, that claims justice. And its citizens are ready to go assert their right to express their position on this matter.

Sputnik: You also ask citizens to write to Julian Assange. How can they do that?

Aymeric Monville: They should note his date of birth, 3 July 1971; then his confinement number, A9379AY. And then they should send all this to Belmarsh prison. The mail had been blocked for a month, and on 24 September, they announced that Julian had access to his correspondence again and that he had received more than a hundred letters. We should continue writing to him to demand proof that he’s alive. WikiJustice has received an SOS from Julian Assange written in Morse and a poem. In another letter, he claimed to be “in a very dark place now.” All this says we need to fight. The WikiJustice committee has become an association and we will get our own lawyers and doctors involved. We also want to rely on the United Nations to have an independent inquiry based on the foundations of international law that are constantly being violated in this case.