In July, 1954, an Israeli terrorist cell was activated inside Egypt. The ensuing attacks, cleverly designed to look like the work of Arabs, blasted and torched American and British targets. First, the Israeli terrorists firebombed the Alexandria Post Office. Then, they firebombed the US Information Agency libraries: one in Alexandria, and one in Cairo. Then, they firebombed a British-owned Metro-Goldwyn Mayer theater, a railway terminal, the central post office, and a couple more theaters… To smuggle their bombs inside the buildings, the terrorists used devices shaped like books, hiding them inside book covers. Once inside, bags filled with acid were placed on top of the nitroglycerin bombs. After several hours, the acid ate through the bags and ignited the nitroglycerin, causing explosions and blazing infernos.

In the early 1950s, the United States was making fast friends with Egypt, taking advantage of the new pan-Arab Egyptian government of Gamal Abdel Nasser. The warming relationship between the US and Egypt caused a very insecure Israel to feel threatened. Nassar also had plans to nationalize the Suez Canal, which had been controlled by the British for decades. Egypt had been known to blockade Israeli shipping through the canal and Israel feared Nassar would make a blockade permanent. After US President Eisenhower began encouraging the British to leave the Suez Canal Zone, Israel started looking for a way to make the British stay, and a way to remain best buddies with America. And what better way to treat your best friend than to stab them in the back and tell them one of your other friends did it? 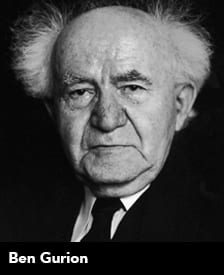 David Ben Gurion, Israel’s founding prime minister, thought that Egyptian terrorist attacks against Americans would be a perfect way to cool the growing US/Egypt relationship. Since there were no Egyptians planning attacks against Americans, Ben Gurion’s protégés did the next best thing: they recruited Israeli agents to pretend to be Egyptian terrorists. The top-secret Israeli terrorist cell, Unit 131, had existed since 1948. In 1950, Israel’s Directorate of Military Intelligence Aman was created and Israel sent an undercover agent, Colonel Avraham Dar (alias: John Darling, British citizen of the island of Gibraltar), to recruit more members to Unit 131. He also trained them in how to build bombs and terrify Americans and British civilians working and living in Egypt. Before the terrorist cell was activated, another Israeli agent named Avraham (Avraham Seidenberg) was sent to take control from Avraham Dar. Seidenberg first went to Germany to establish an alias: he assumed the identity of Paul Frank, a former SS officer, complete with underground Nazi connections. By 1954, his new identity was in place and he went to Egypt to take command of Unit 131. Everything was going well for the Israeli terrorists it seemed. But, there was one thing the members of Unit 131 didn’t know: their terrorist sleeper cell had itself been infiltrated by the Egyptian intelligence service. The new Unit 131 leader, Seidenberg, had betrayed them to the Egyptians. So, when Unit 131 member Philip Nathanson made his way to bomb the British-owned Rio theatre in Alexandria, not only was he being followed, the Egyptian intelligence service had a fire engine waiting to put out the flames. As Nathanson stood in the ticket line, his bad luck turned worse when one of the bombs in his pocket ignited and then exploded. Nathanson was burned but not killed. As nearby pedestrians shouted warnings and wondered if he was a suicide bomber, Egyptian policemen stepped in, calmed the crowd, and identified Nathanson as one of the terrorists who had been blowing up American and British buildings. Nathanson was interrogated by Egypt’s military intelligence and confessed the whole plot, which led to more arrests. 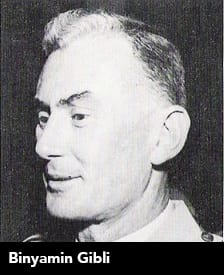 When the Israeli spies were given a public trail, all the details of their terrorist training in Israel came to light. Former Israeli Prime Minister Ben Gurion and Israel’s Aman chief, Binyamin Gibli, tried to frame their own Defense Minister Pinhas Lavon. They even offered forged documents as proof. The frame-up worked for a while, so much so that the entire incident is still popularly known as the Lavon Affair. Lavon resigned and Ben Gurion came out of political retirement to replace him as Israel’s Defense Minister. However, the truth did finally emerge. In 1960, a review of the inquiry discovered the fake documents, as well as perjury by Seidenberg. A committee of seven Cabinet members cleared Lavon. Although Ben Gurion never admitted fault, he did resign his post as Defense Minister.