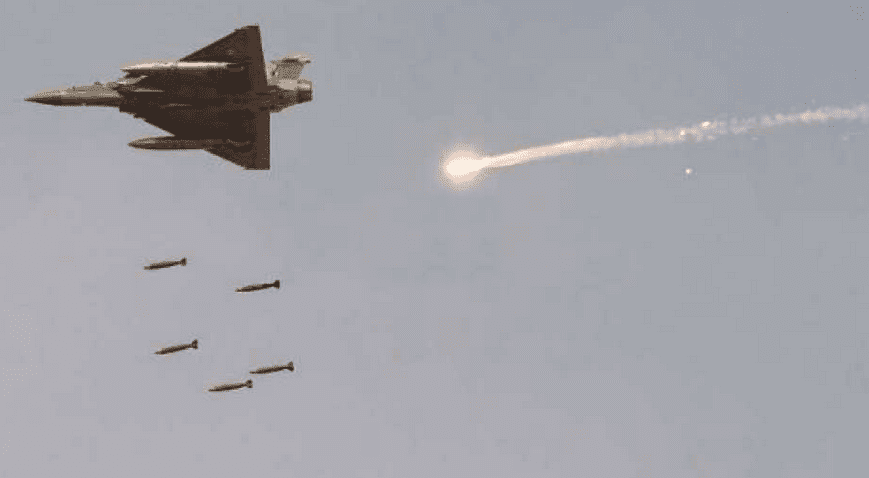 Two of the three vehicles making up a militia convoy were found burned, the source said, as well as six burned corpses. The strikes took place at 1:12 am local time, he said.