Chris Hedges: ‘Dying for an iPhone’

The suffering of the working class, within and outside the United States, is ignored by our corporatized media, and yet, it is one of the most important human rights issues of our era. 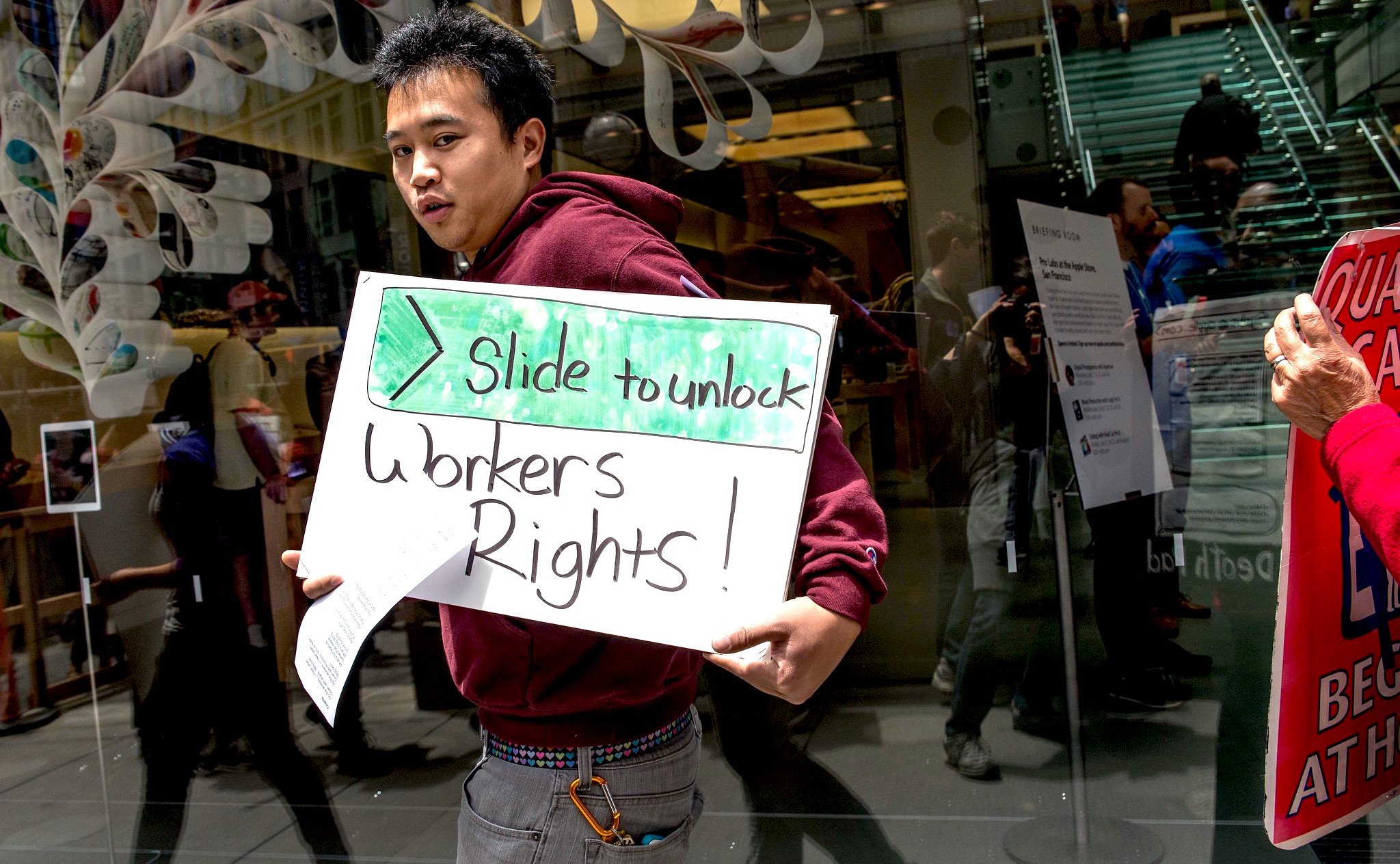 Global capitalists have turned back the clock to the early days of the Industrial Revolution.  The working class is increasingly bereft of rights, blocked from forming unions, paid starvation wages, subject to wage theft, under constant surveillance, fired for minor infractions, exposed to dangerous carcinogens, forced to work overtime, given punishing quotas and abandoned when they are sick and old. Workers have become, here and abroad, disposable cogs to corporate oligarchs, who wallow in obscene personal wealth that dwarfs the worst excesses of the Robber Barons.

In fashionable liberal circles there are, as Noam Chomsky notes, worthy and unworthy victims. Nancy Pelosi has called on global leaders not to attend the Winter Olympics, scheduled to be held in Beijing in February, because of what she called a “genocide” being carried out by the Chinese government against the Uyghur minority.

Not a word about the millions of workers in China who are treated little better than serfs.  They live separated from their families, including their children, and housed in overcrowded company dormitories, which sees rent deducted from their paychecks, next to factories that have round-the-clock production, often making products for U.S. corporations. Workers are abused, underpaid and sickened from exposure to chemicals and toxins such as aluminum dust.

Unless workers can organize, here and in countries such as China, and achieve basic rights and living wages, it will cement into place a global serfdom that will leave workers trapped in the appalling conditions described by Friedrich Engels in his 1845 book “The Conditions of the Working Class in England” or  Émile Zola‘s 1885 masterpiece “Germinal.”

As long as China can pay slave wages it will be impossible to raise wages anywhere else.  Any trade agreement has to include the right of workers to organize, otherwise all the promises by Joe Biden to rebuild the American middle class is a lie.

Between 2001-2011, 2.7 million jobs were lost to China with 2.1 million in manufacturing.  None are coming back if workers in China and other countries that allow corporations to exploit labor and skirt basic environmental and labor regulations are locked in corporate servitude. And while we can chastise China for its labor policies, the United States has crushed its own union movement, allowed its corporations to move manufacturing overseas to profit from the Chinese manufacturing models, suppressed wages, passed anti-labor right-to-work laws, and demolished regulations that once protected workers.